What is shungite water 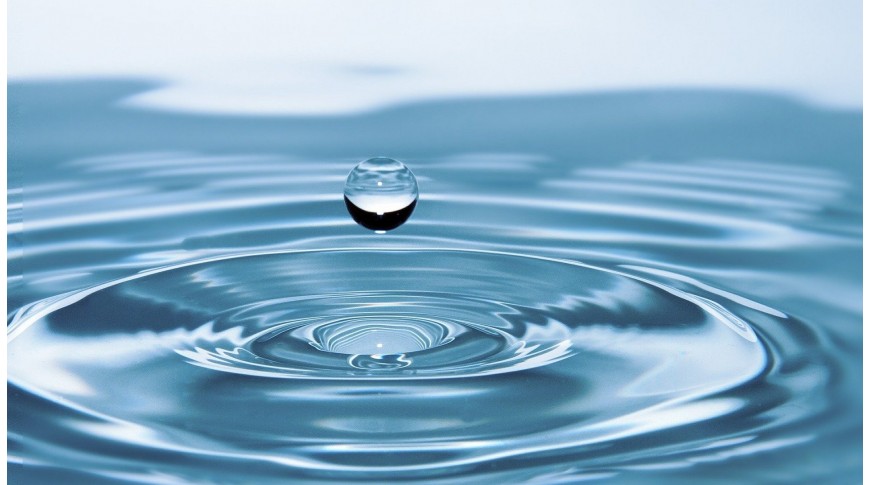 The most common method for disinfecting water is boiling. This, the oldest of all methods, actually destroys bacteria, but at the same time increases the concentration of nitrites, salts and heavy metals. Boiling water therefore becomes somewhat useless for the human body. It is very important, especially for a child's development, to use the "right" type of water. Another common method for purifying water is to use chlorine disinfection. However, scientists have shown that chlorine is harmful to the human body because it produces organic compounds, some of which are carcinogenic.
For the above reasons, many people are beginning to use a little-known method of water disinfection, shungite water. >
Shungite - water activator and natural filter. It cleanses the body thanks to the content of fluorides, absorbs pollutants from water and makes it bioactive. Shungite has the ability to clean water from almost all organic substances (including pesticides), metals, bacteria and harmful microorganisms. Water from Lake Onega in Russia, can be used for drinking without prior purification! This is the result of thousands of years of shungite interaction. The commercial use of shungite filters began in 1990, at which time many experiments and studies were performed on shungite and its effect on the human body. The researchers concluded that shungite water is completely non-toxic. It has also been shown that shungite water can be used without prior boiling. Water has strong antibacterial properties. In the experiments, the water was contaminated with streptococci of groups A and D. Shungite purifies water from various compounds of chlorine, nitrates, copper, magnesium, iron, visually cleans dirty water, eliminates sour taste. Shungite removes heavy metals, chlorine, enriches drinking water with potassium.

Before using for the first time, wash the shungite several times with running water. Let stand in water at a ratio of 1:20 for 3 days until the turbidity disappears. Wash the shungite regularly to remove the coating that forms on it. We do not cover the jug with shungite crumb with a lid. it is not recommended to put water in the refrigerator.
(When adding a shungite pyramid to a jug of water and shungite crumbs, water activation is shortened and energy effects are greatly increased).
Place shungite stones in a container, preferably a glass jug (recommended at least 100g per 1 liter of water, ideally 250g per two liters). After only 24 hours, biologically active water ready for external and internal use is created. After the recommended time, pour the water into another container and use it for another three days, then the water loses its effectiveness. You should put shungite stones in the sunlight every month to "charge" them with solar energy. It is recommended to change the stones every three months (after this time the stones lose their healing fullerenes - forms of carbon).
This ultra-pure water also has many healing abilities. It also turns into a natural antihistamine, after using shungite water there is a dramatic reduction in histamine in the blood, which causes a rapid reduction in allergies.
It is recommended to drink at least 2-3 glasses of shungite water daily to treat or prevent digestive, muscle or nervous system and to increase blood circulation. Daily use of shungite water to wash the face or body increases the elasticity of the skin, giving it a healthy appearance. This water also helps get rid of acne, reddening of the skin and other skin problems.
Shungite water helps with hair loss. It strengthens hair roots and fights dandruff.
It also helps to treat burns, cuts, arthritis, osteoarthritis and varicose veins. Also when used as a mouthwash, it can treat sore throat, stomatitis (inflammation of the lining of the mouth), colds and sore throats. It is also recommended to perform a therapeutic bath twice a week (let 500 g of shungite in 7-10 liters of water infuse for three days and then add it to the bath with ordinary water). It is also suitable to water plants with this water, to give water to animals, to use them when cooking food, to use them for foot massage, and skillful seamstresses can make a healing lumbar belt for the treatment of the spine with inserted shungite.

TIP: Our manufacturer of shungite products directly from Karelia recommends placing a shungite water in a container with water only shungite pyramid - there is no need for fragments that color the water for a long time and create a shungite aftertaste. Our manufacturer, friend and healer also recommends the use of a pyramid (its size speeds up water purification) ideal for one jug 2 liters of water is a 6-7 cm large pyramid, rinse it under running tap water, then place it in direct sunlight, just for 30 minutes. Then place the pyramid in a container of water and leave to act overnight. In the morning, the water is purified and energetically charged, yet crystal clear and without the typical shungite smell and taste.

Warning: There has been no scientific study in the EU of the healing effects of shungite on humans. The studies do not document the medical effects approved by the Medical Chamber, and therefore these articles are only myths and traditions of Russian culture!

You can easily find more about shungite and the effects of other minerals on the Internet or in the literature. 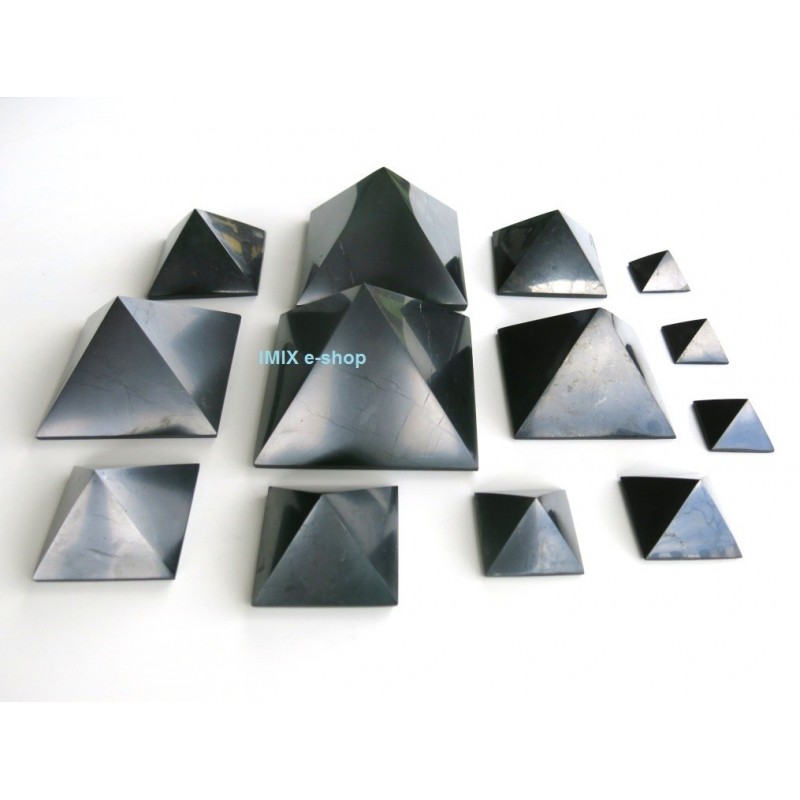